When painting models, the paint requires a vigorous stirring. This can be a challenge for those who may not be physically able (for a variety of reasons) to prep the paint. This team was challenged to create a solution to make it easier to prep modeling paint, thus making the hobby accessible to a wider range of individuals.

The team created a device that would shake the small cannisters of paint in a way that most closely mimics stirring, thus making model painting a more accessible hobby.

The team used 3D printers for prototyping their design. This allowed them to evaluate and tweak their design as necessary, allowing for the best possible final product. 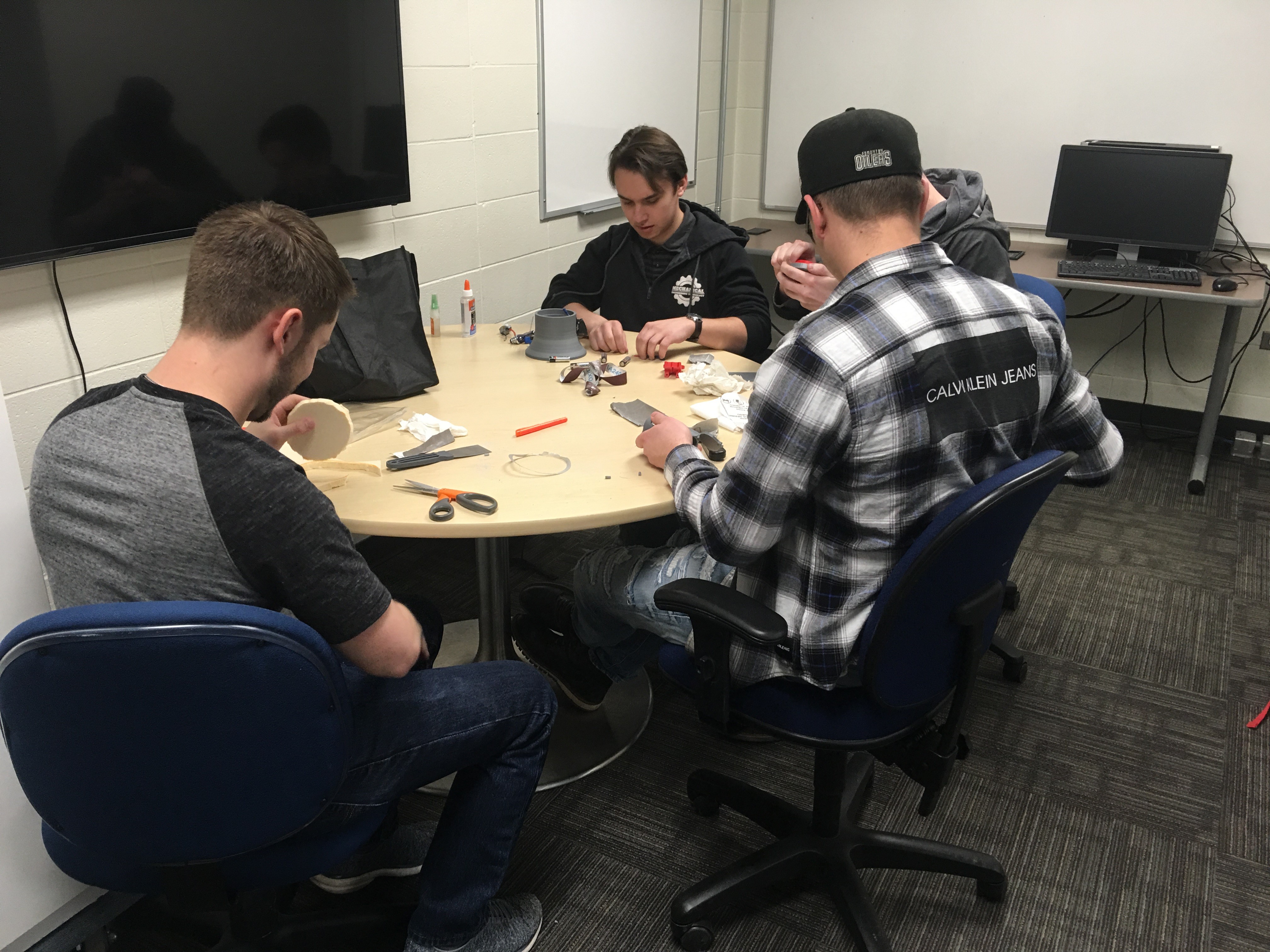 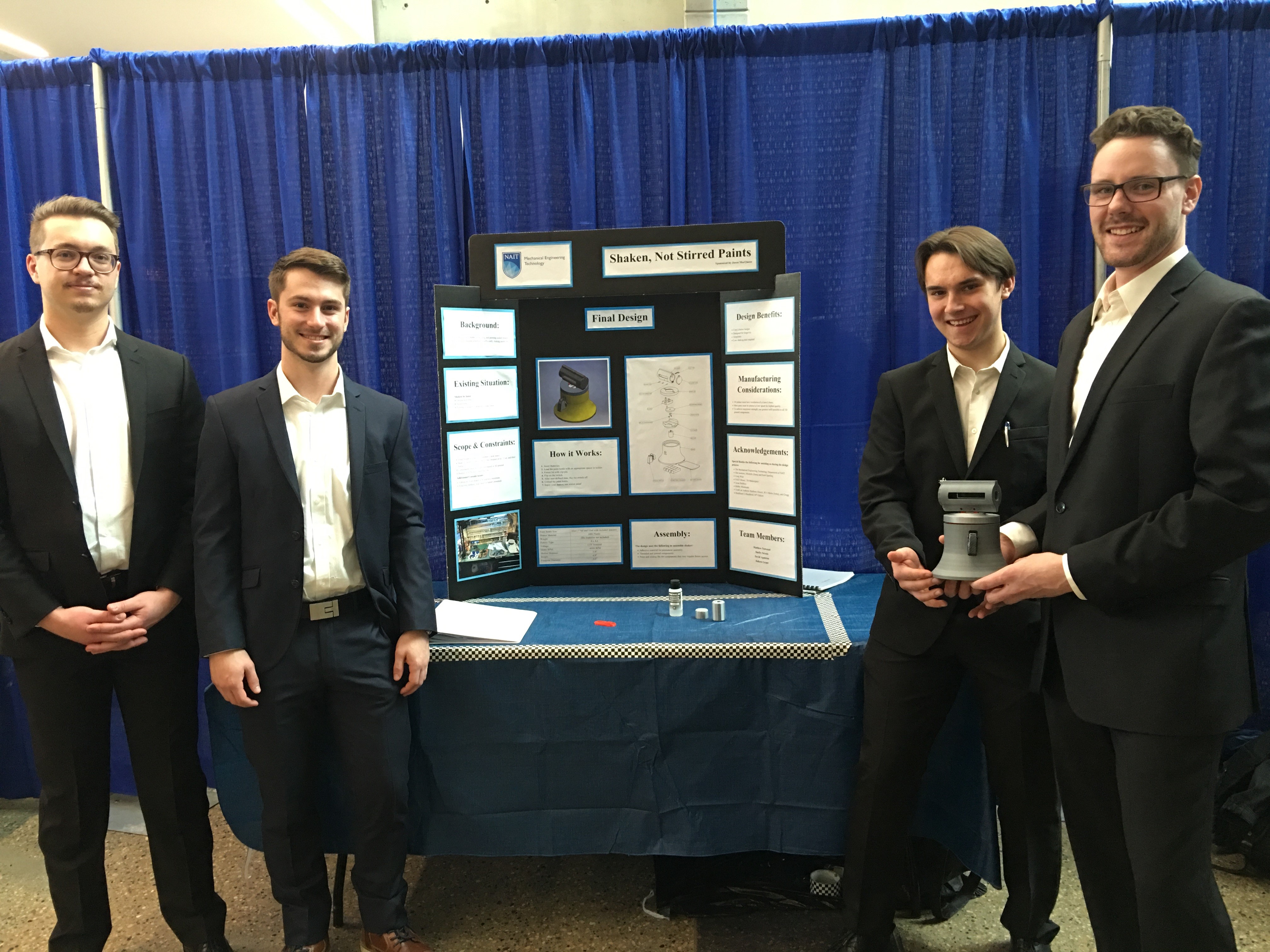 The challenge: Building a brand isn't easy! Creating a sign that is eye catching and professional takes precision and detail that is difficult to obtain with conventional tools.

The Solution: Josh used the laser cutter to create multiple identical layers of his design, allowing him to sandwich lighting in between the layers and create a beautiful and professional look.

Using Makerspace: The Makerspace laser cutter was used for cutting out the detailed lettering. 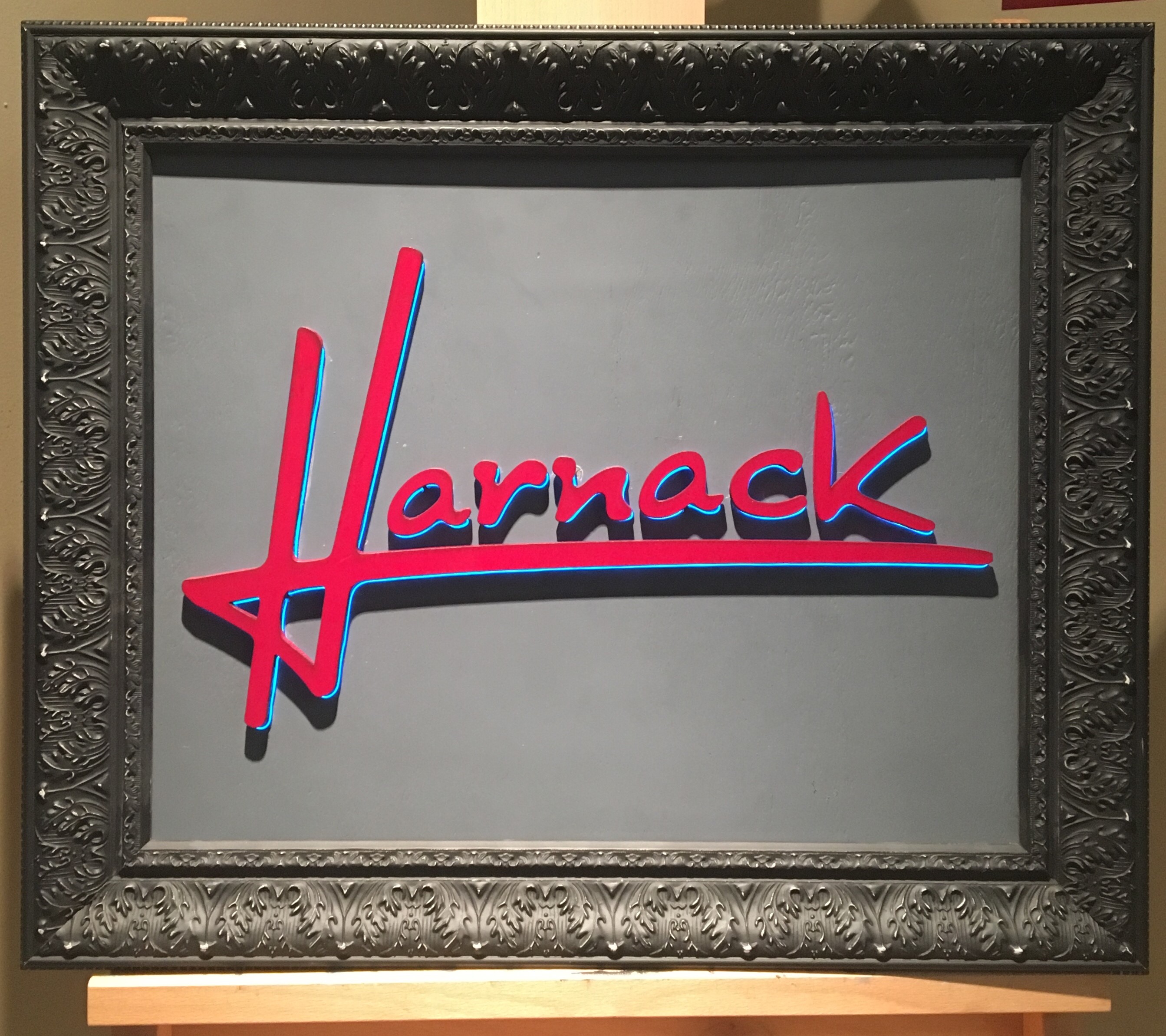 Prototyping a modern version of a 19th-century harmonic analyzer

The Challenge:
Mathematics technology has come a long way, and most of us can't conceive of having to do complex mathematics without a calculator! In the 19th Century, a precursor to the modern calculator was developed called a harmonic analyzer. The Mathematics department at NAIT challenged NAIT students some years ago to begin a multi-year project called "Project Harmony" as a hands on way to explore the history of mathematics technology - the idea being to create a modern day prototype of one of these 19th-century machines.

The Solution:
The project finally came to fruition this year, and this innovative group of Mechanical Engineering students built a full-scale modernized prototype of the 19th century machine. The ability to use 3D printers enabled this group to finish this multi-year project and piece together this replica. 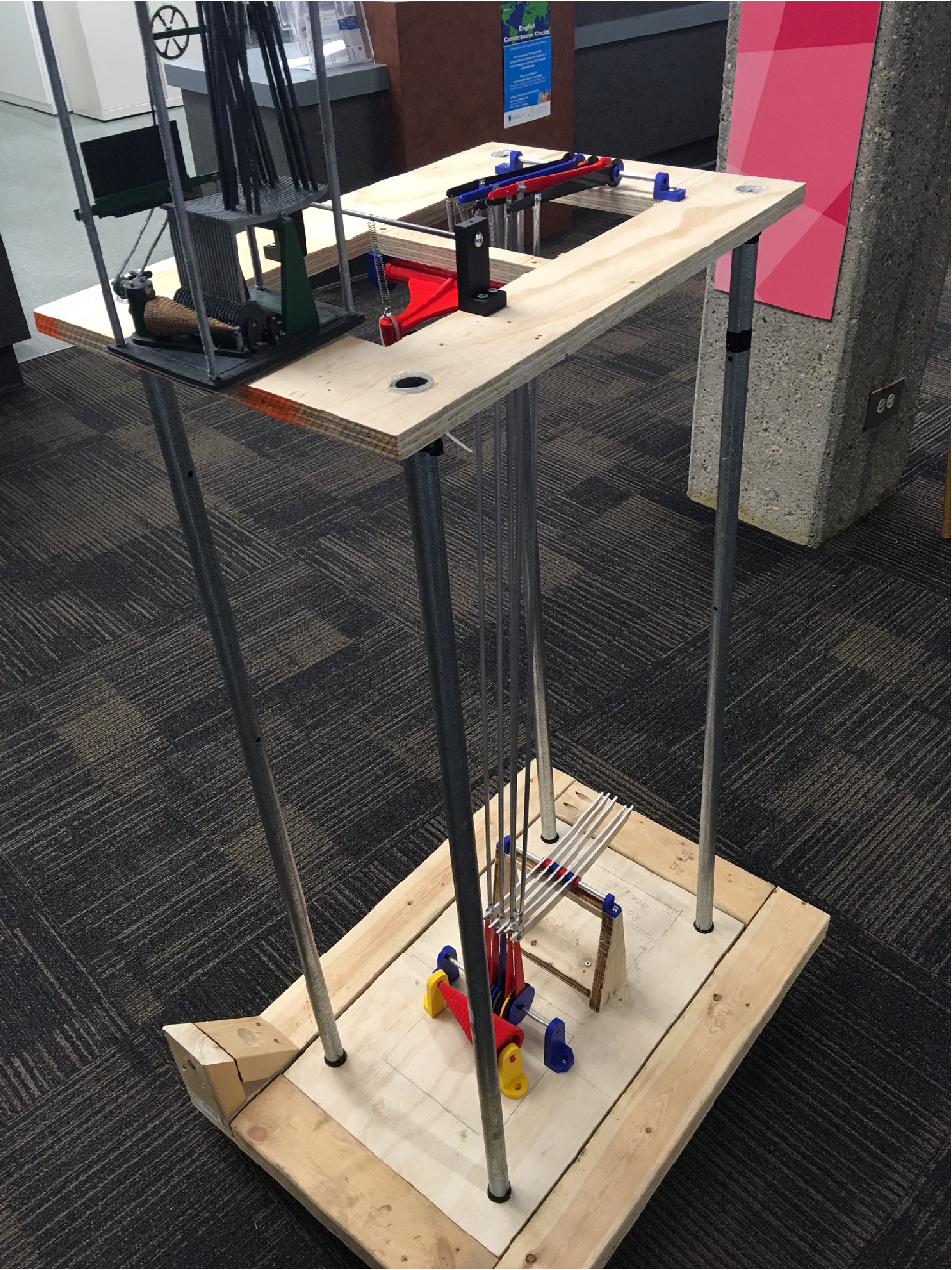 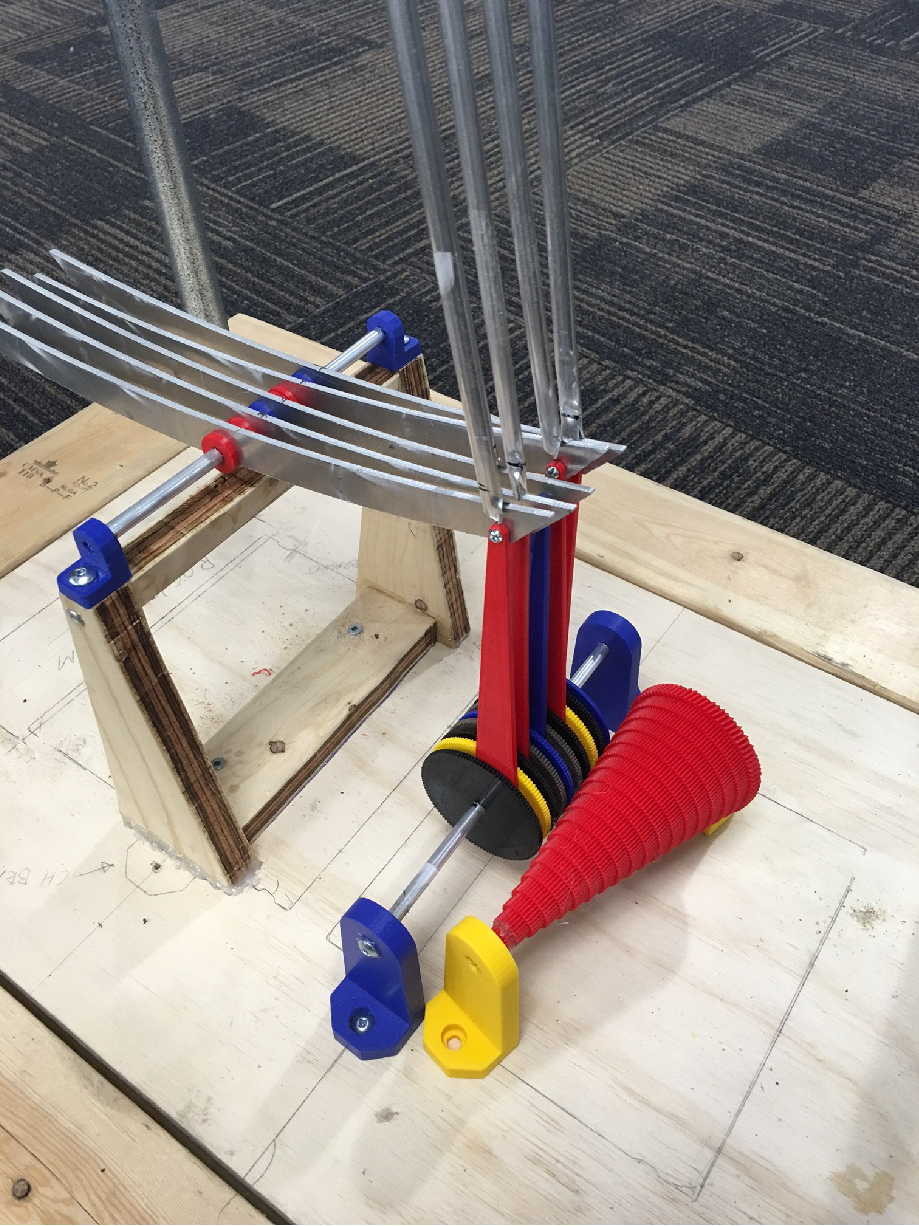 At-home oxygen machines are extremely noisy, leading patients to hide them as far away as possible. This can lead to problems, as patients may become hypoxemic walking over to their machines. Home machines also lack clinician monitoring.

Meet the Smart O2! This brilliant group of students created an innovative sensoring and monitoring system, complete with patient controlled wristband, that automates the flow and allows patients to control their O2 at a comfortable distance from their machines.

The group brushed up on their AutoCAD skills and used Makerspace 3D printers to create the housings for the wristband, fingertip sensor, and control unit. The housing is designed to be tweaked and modified for other oxygen units, making sure this project can be replicated and widely used! 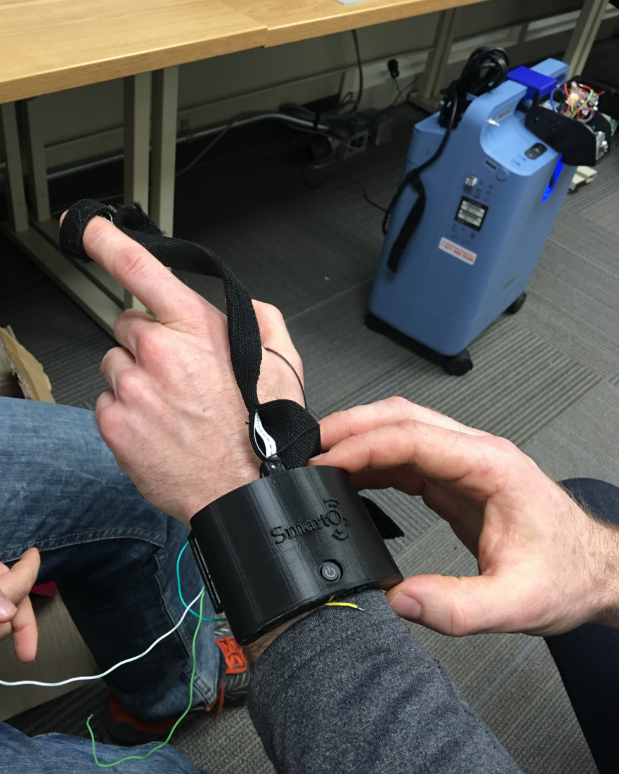 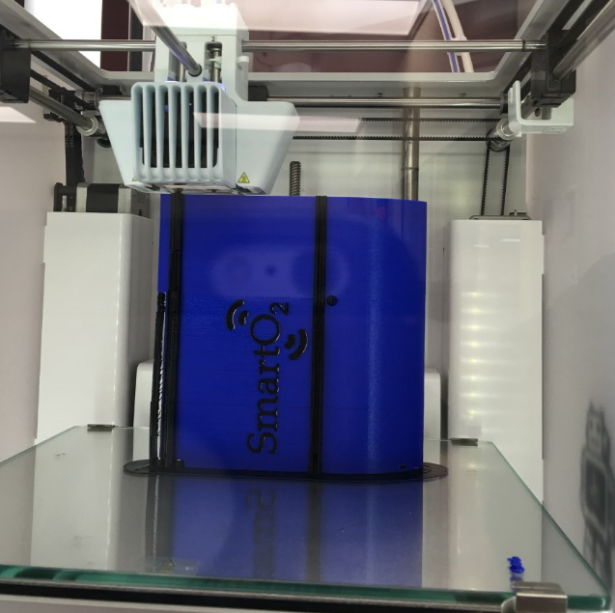 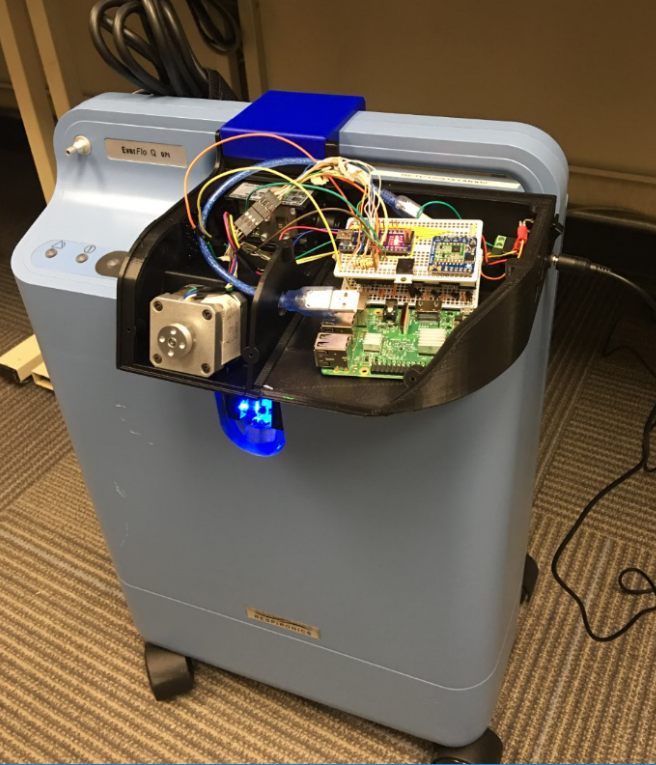 A simulation lab enhancement for the Emergency Medical Responder program.

Performing a tracheotomy is a skill that takes a lot of repetition and practice. Students were only able to practice on the sim lab mannequins, where wear and tear from performing hundreds of tracheotomies can be expensive to repair.

Rather than have students practice on the mannequins, Norbert realized that having them practice the tracheotomy procedure over and over on a simple trachea model would improve student skills by allowing them increased repetition, while at the same time saving the cost of over-performing this procedure on mannequins.

Norbert had the trachea printed on 3D printers in the Library Makerspace. It has since gone through multiple iterations, and is still being perfected. Hundreds of tracheotomies have been performed on these small pieces of plastic. 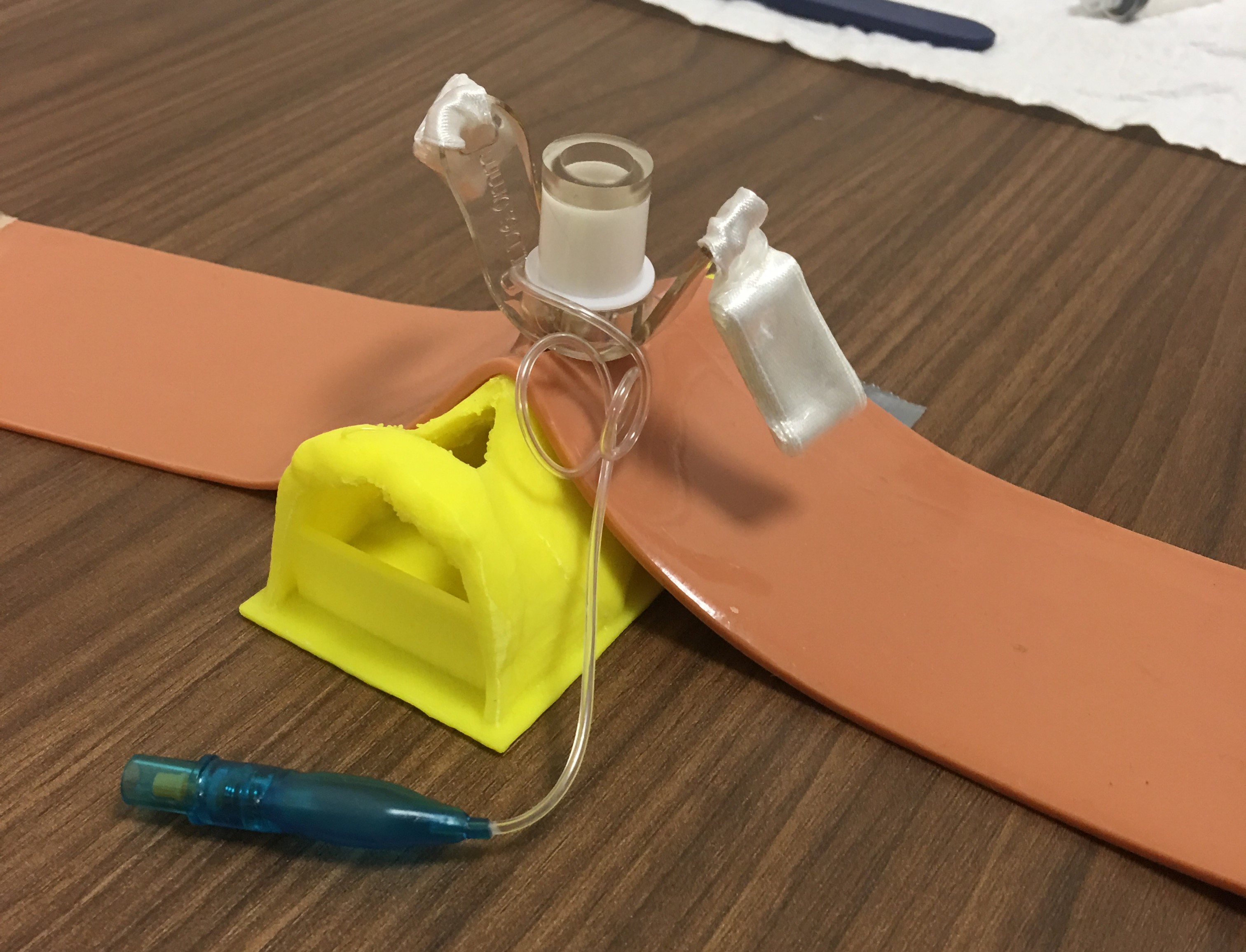 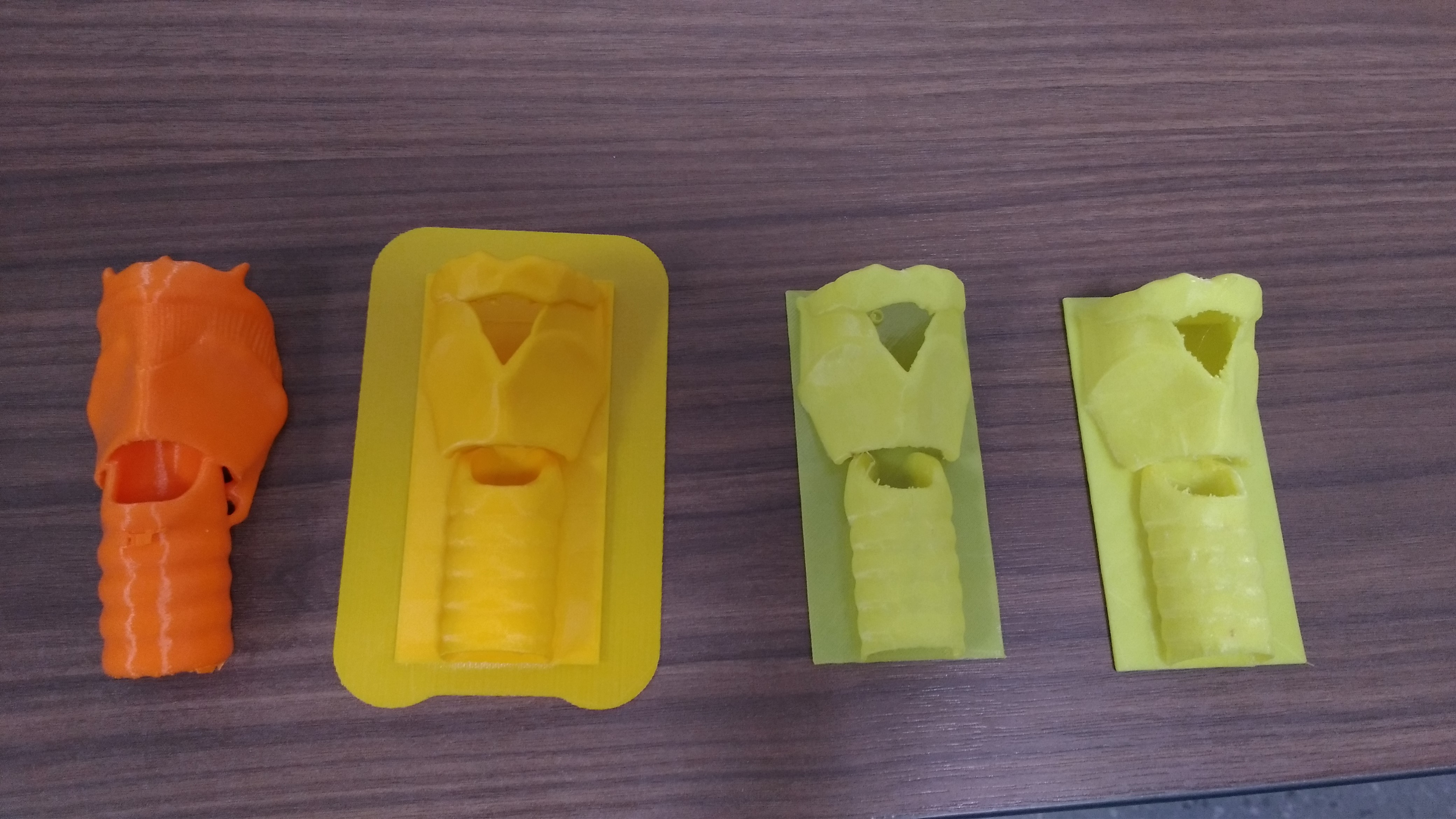 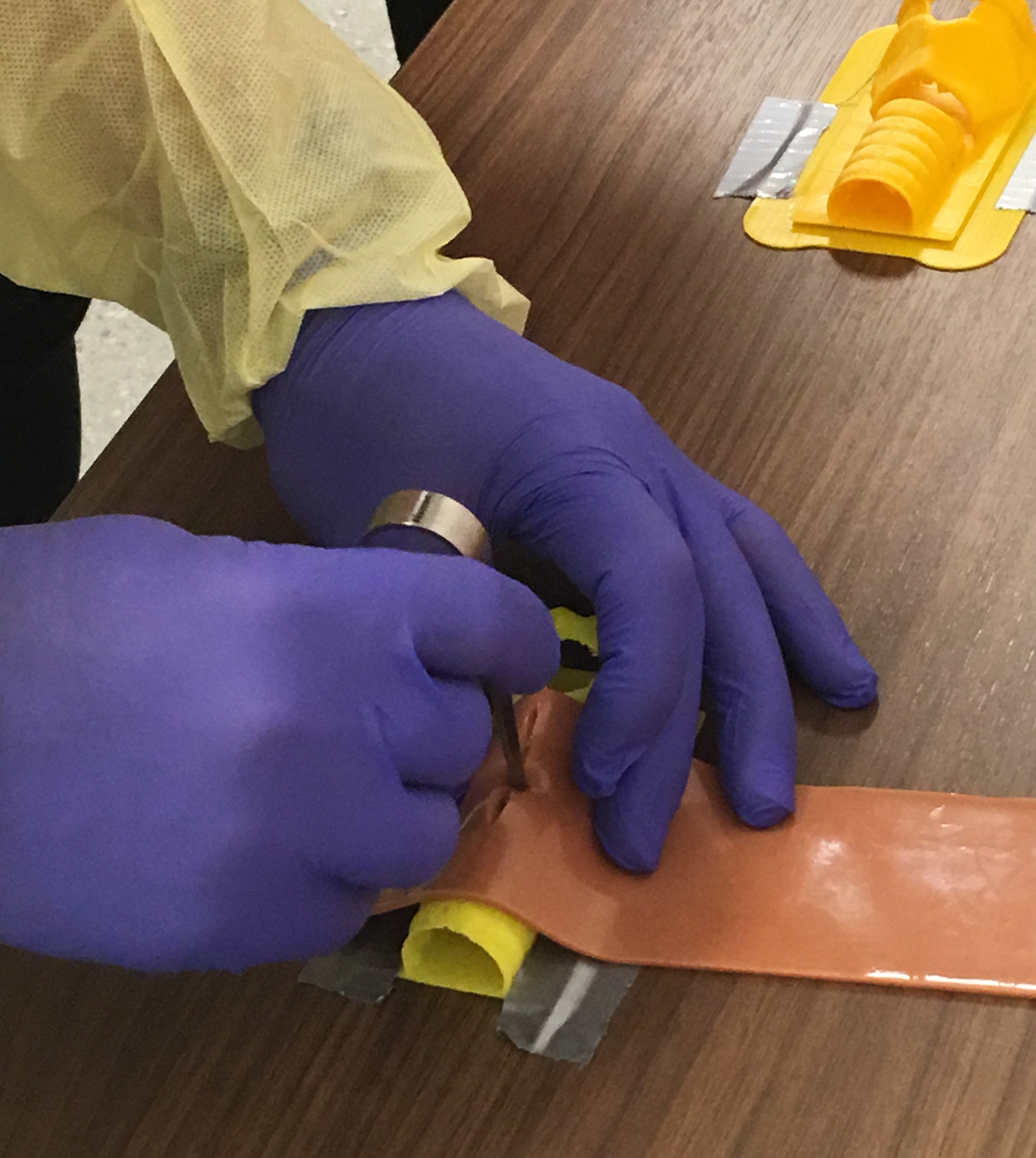 Artery systems look nice, neat, and tidy in a 2D textbook image, and this is certainly true for the Circle of Willis artery system. These nice and tidy diagrams gives students an overly simplistic view of reality, which creates a gap between 'book learning' and 'real world.'

Joy and Michael collaborated to create a 3D model of the Circle of Willis artery system to help students more accurately visualize and understand its complexity. This helps create a more engaging and hands-on learning experience.

They used the Makerspace 3D printers to create a far more accurate and tactile version of the Circle of Willis. The Circle of Willis system that they printed even has an aneurysm, which shows students just how subtle a pathology can be. 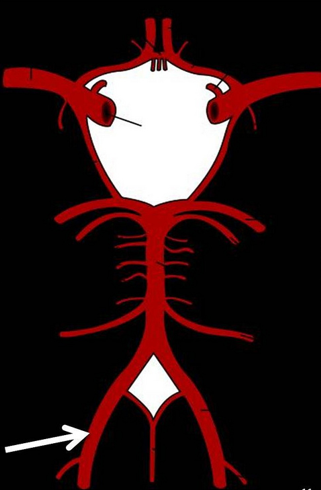 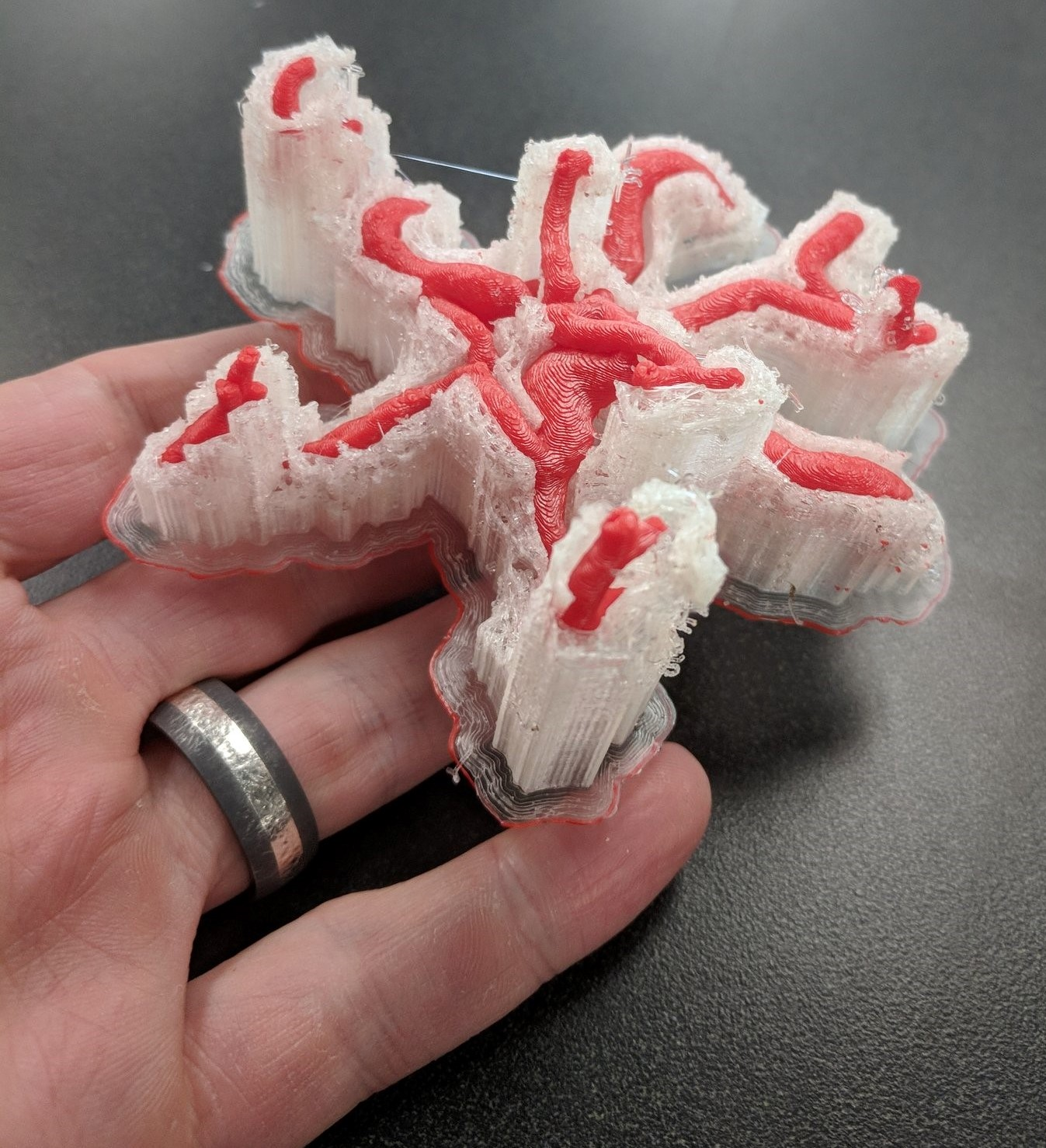 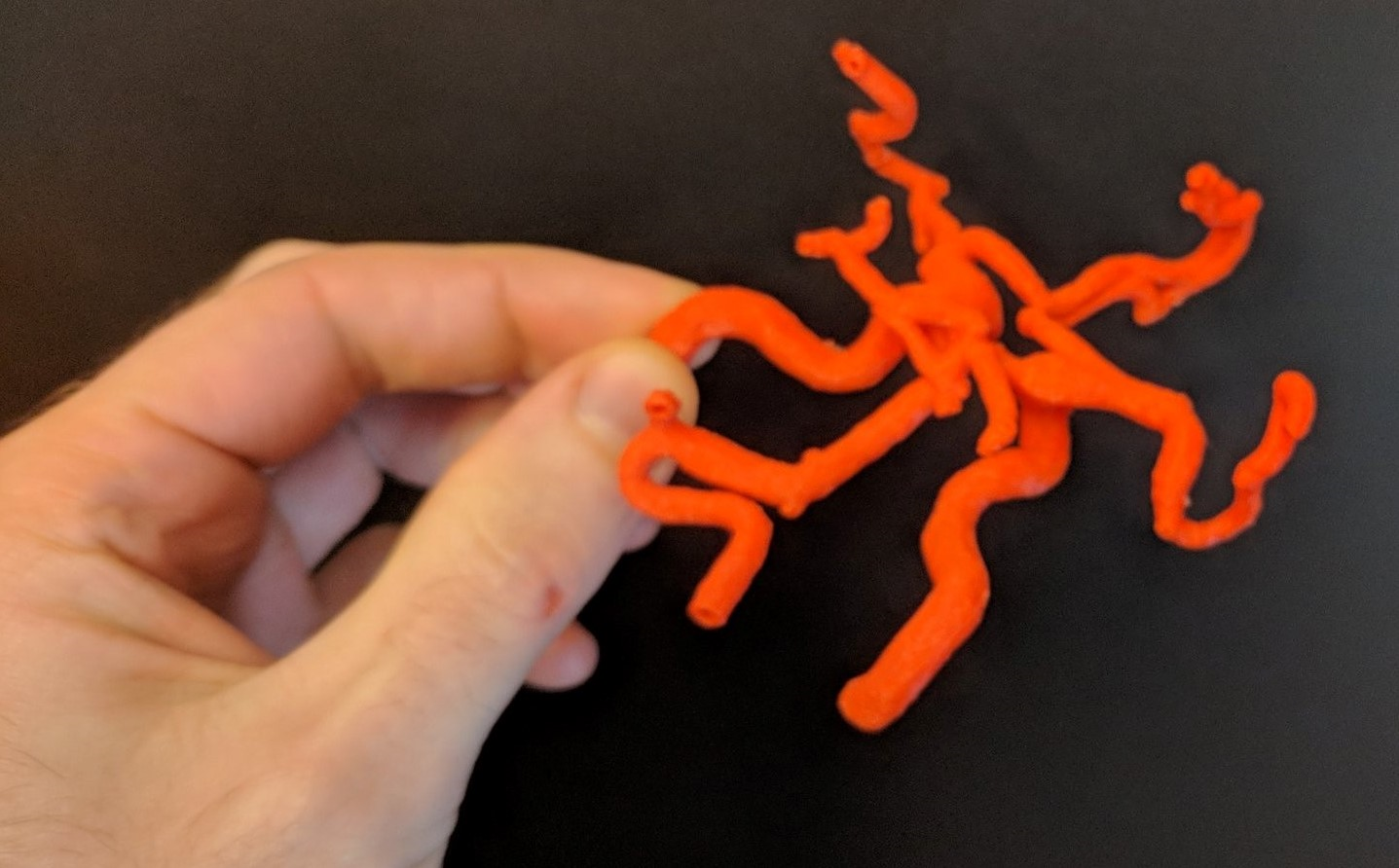 Simulation labs help students get as close to a real-world experience as possible. When learning to use a defibrillator on mannequins, students often have to be careful around the circuitry in the mannequin, thus causing them to approach the situation differently - more cautiously and delicately - than they would in a real-life setting.

Michael, a NAIT Biomedical Technician, designed and printed a housing unit for the mannequins' electronics, thus improving the simulation and the student learning experience. 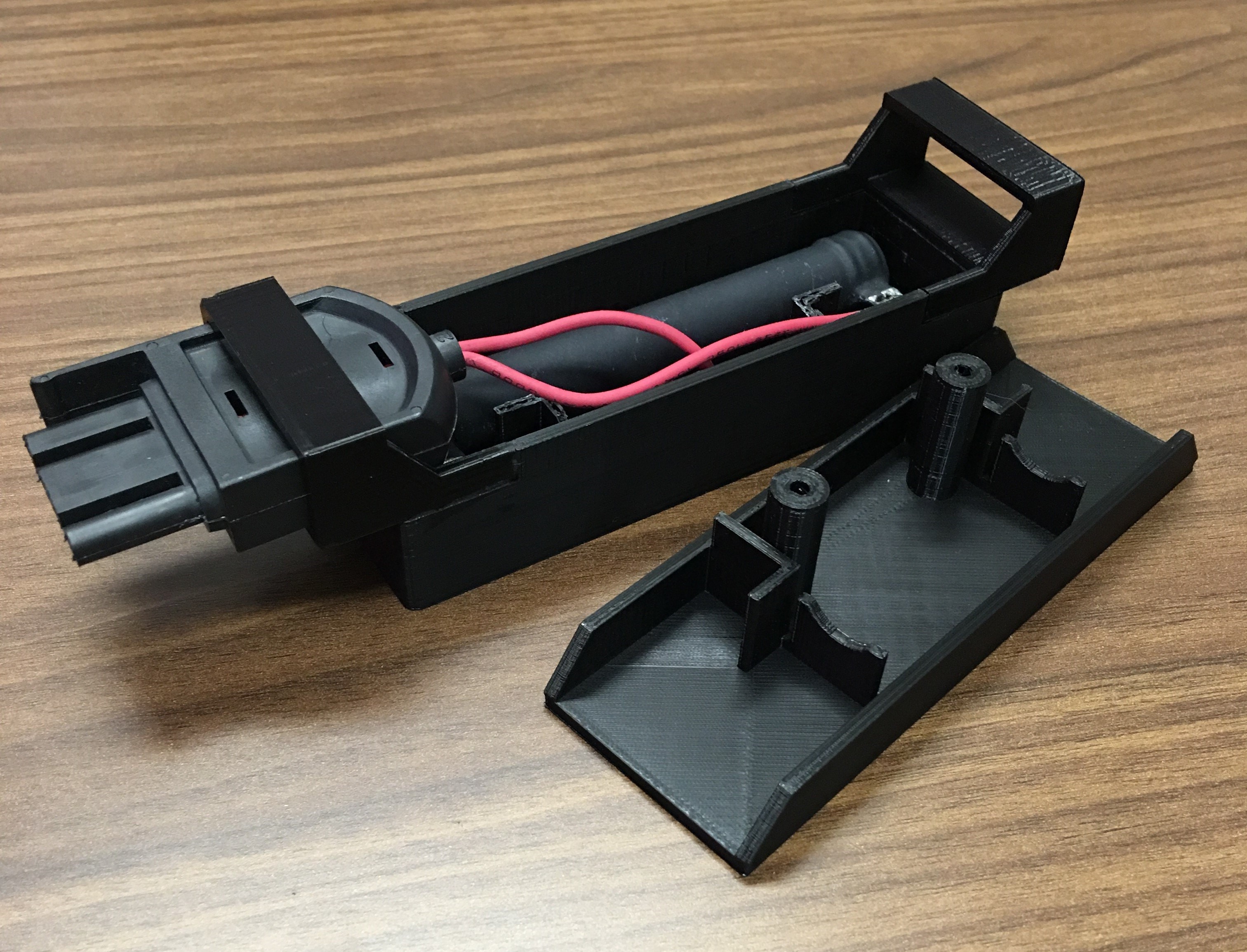 The Student Service Centre is here to help you on your path to academic success.

Not a current or prospective student? Visit the Contact page for more information.